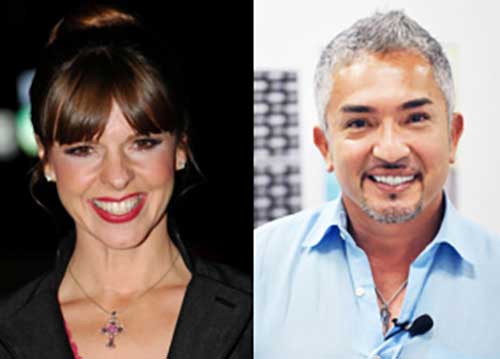 30 Apr What is the Best Way to Train the Dog?

Dog training has evolved from the rough and tough you do what I say, to using both positive and negative reinforcement to train our dogs.  Years back people would tie their dogs outside, they were hardly ever allowed in the house , let alone on the furniture.  Many books and studies were done on what it would take to get our dog to “listen” to us.  Some trainers felt harsh abrasive words and punishment was the answer, while others would use a little metal box called the clicker.

Once again it seems controversy has entered the field of dog training, now from two celebrity trainers.  I am sure both are household names to us “dog people” and they are Ceaser Milan and Victoria Stillwell.  Both are actually standing off as to which is the best way to train the dog.

Ceasers approach as he believes, is to show your dominance or authority over the dog, that you are the pack leader.  In watching his show it is often misleading (I feel) to the audience that how they perceive the training to be is actually how it is taking place.  In doing some background research I found that it sometimes takes up to 6 weeks in order to get the dog where they need to be to shoot the episode, not 30 minutes or an hour as they want the audience to believe.

Ceaser Milan also uses techniques like jabbing his finger into the dog to interrupt the dogs train of thought.  He also does what I call the “alpha roll” where he rolls the dog on his back and asserts his dominant or the owners dominant status.  He considers himself more of a dog psychologist, then a dog trainer.

Victoria Stilwell has a different thought process.  Which she has changed her way of thinking over the years.  She now is promoting a book on positive training with your dog.  She has in the past been known to support some of the contriversial training techniques such as the remote collars.  I had read an article where it did say she regreted some of her previous comments, and techniques.

I do respect the fact that she has continued to study and determine what is best for the dog, and adapted to that fact.  Using positive rewards and the simple factor of ignoring misbehaving dogs.  Her techniques do work, as I do have personal experience using them.  The issue that still faces dog owners, is the society of wanting it done now.  Wanting the dog fixed now, and not wanting or having the effort or time to put in the training that is needed.

There is actually a third factor coming into the dog world, and that is the information coming from a company called Dognition.  This company was formed based on a group of scientists, studying how dogs learn.  Some of the information coming from this group is amazing.  I am sure it will be just a short matter of time, until they will have another aspect for us to train our dogs.

What do you think?  Those of you who know me, know how I am all about preventative training.  I feel everyone needs to take a few lessons in order to learn how to better communicate with their dog.  Do you feel Cesears way or Victorias way will have a better impact?

I would love to know how you feel about dog training!  Just send me an email at kim@trainingcanines.com   Visit our website at www.trainingcanines.com and our new training club at www.caninetrainingassociation.com  I look forward to hearing from you!