When we at Training Canines, began our research into taking puppy training to a higher level, we found many training programs and many different opinions. That is why we developed our system based on a combination of several positive researched programs. One of those programs involved in our research was presented by Dr. Carmen L. Battaglia. Dr. Battaglia holds a Masters Degree from Florida State University. He is also AKC judge, researcher and writer, he has been a leader in promotion of breeding better dogs and has written many articles and several books. He found that the benefits from this early neurological stimulation led to:

In tests of learning, stimulated pups were found to be more active and were more exploratory than their non-stimulated litter mates over which they were dominant in competitive situations.

Secondary effects were also noted regarding test performance. In simple problem solving tests using detours in a maze, the non-stimulated pups became extremely aroused, whined a great deal, and made many errors. Their stimulated litter mates were less disturbed or upset by test conditions and when comparisons were made, the stimulated litter mates were more calm in the test environment, made fewer errors and only gave an occasional distressed sound when stressed.

In our research and in talking with many others who have followed Dr. Battaglia’s system we felt that it would have a positive effect on our program. We did find a few opinions that did not feel the system had any merit, however from our personal training experiences, we feel it does. 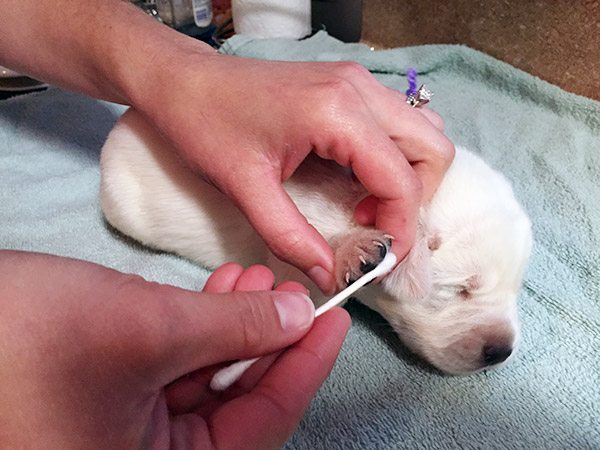 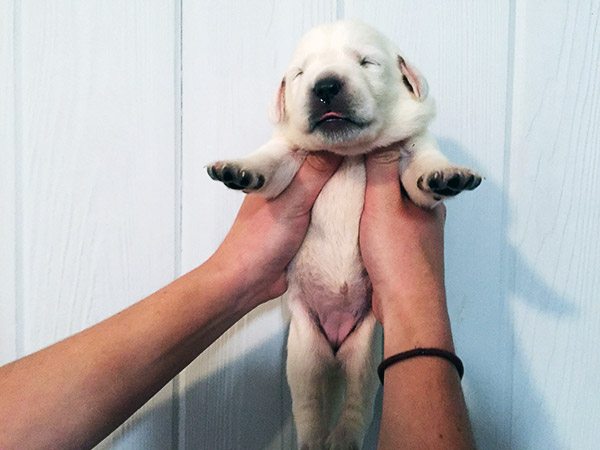 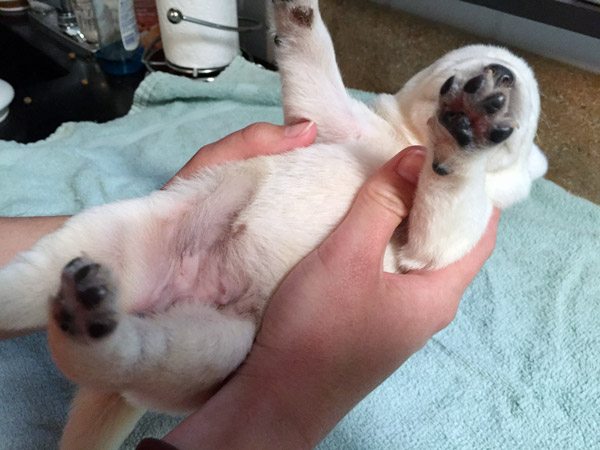 The five exercises that are conducted on the puppies from day 3-16 are done only once a day and for a period of 3-5 seconds each. The first exercise is to stimulate the puppies paw between the toes, for this we use something soft such as a cotton swab. The second exercise is to hold the puppy erect with its head perpendicular to the ground. Third exercise is the head pointed downward. Fourth is to cradle the puppy face up in your palms. Fifth exercise is to place the puppy on a cool damp towel.

We will post a video of each pup going through one session of the training below. If you would like to read Dr. Carmen Battaglia’s documented research, please CLICK HERE.

Our puppies go through this routine, however we conduct it from day 10-21, just ending prior to ears opening.    We are keeping track of their response from crying the entire time, if they cry just with specific excercises, or if they do not cry at all.  We are doing this prior to them nursing and after they nurse to see which has a better response. In no way shape or form is this hurting the pup, we are just putting them in positions that they are not used to at this age for only 3-5 seconds each.  You can see a video of this done with the current litters on the available puppy pages.