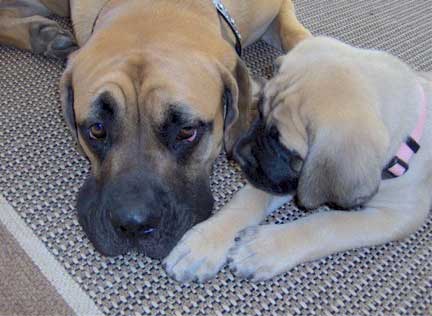 There is a poem about the “Dog’s Property Laws” that I know the author must have written just for my dog.

If I can take it from you, it’s mine

If I had it a little while ago, it’s mine.

If it’s mine, it must never appear to be yours in any way.

If I’m chewing something up, all pieces are mine.

If you are playing with something and you put it down, it automatically becomes mine.

They have to know her, how could they possibly have gotten her personality so right?  Not all dogs are like this, yet so many are.  My dog has been a resource guarder since she was young.  I had never experienced much of this behavior with my other dogs and I was very shocked by it when it reared its ugly head.

At first we associated it with the fact our other dog had just passed away, and she was grieving.  Now looking back and knowing better, she was probably grieving somewhat, however she was 10 months old, and her teenage years were kicking in.  She took advantage of our weakness of being upset the other dog was gone.  Sabre basically took the attitude, that if we did not want to be in charge she would.  I wish I knew that then.

At first we just backed off when she would act this way.  Then it got worse.  She began guarding everything.  We put down new pine needles in her pet area outside, and she began guarding them.  We walked by the couch she was guarding that.  It seemed like no matter what it was she thought she owned it.  To our surprise the only item she never guarded was her food.

The trainer we hired told us that we needed to dominate her, never take her anywhere, he was even going to come over in a bite suit and show her who was boss!  Once again I wish I knew then what I know now.

He told us another puppy would work.  We got another puppy.  It didn’t work.  In fact I still attribute many of my other dog’s behaviors to the wrath she suffered under Sabre.  Sammy will still turn the other way and submit to Sabre if she looks at her in a certain way, even though coming into my household you would feel Sammy is the controller.

My dogs are one of the reasons I became a dog trainer. I wanted to learn how to help them overcome their issues, since nothing I had done in the past changed anything. Since our trainer told us not to take Sabre anywhere, we did not take Sammy anywhere.   Sammy missed out on so much socialization as a puppy and young adult, which is crucial in a dog’s development stages.

My life with my girls would have been much different, if I had done the right things from the start.  It is so much easier teaching your dog what to do than teaching them what not to do.  Both my dogs are on a “Nothing in Life is Free” program.  They are both taken for daily walks.  Sabre loves people now, dogs are a little bothersome, but that is constant work in progress.

Sammy the puppy that was so thrown into the mix that should not have been, has had the harder time.   She of the two is the most loving will share anything with you, loves to play, has great obedience, BUT she still does not like strangers, and other dogs.  The product of an under socialized puppy.  Sammy’s progress is slow but constant.  She now sees another dog, and looks to us for a treat.  People are ok, but still need to be about 10 feet away.  Unfortunately I don’t think we will ever get her used to the sound of the UPS truck!  That one puts her over the edge.

This message is only visible to admins.

Error: An access token is required to request this resource.
Type: OAuthException
Solution: See here for how to solve this error